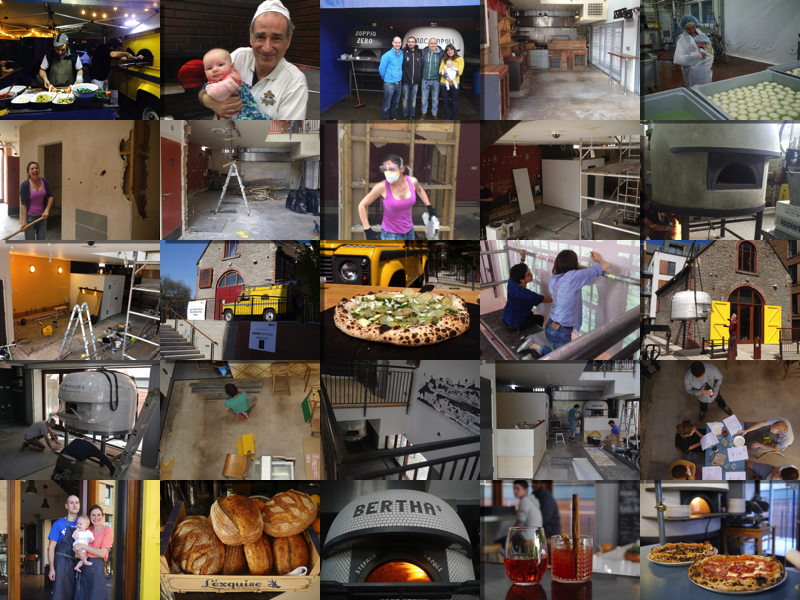 2016 has been quite a year but we’re not talking politics or those who’ve said their goodbyes.

A best nine won’t do ours justice so here’s a top 25 of what’s happened.

We started the year focused on mobile events.

February Meg’s passport arrives and we’re headed to Naples to visit some pizza legends and the Ferrara family who built our oven.

March to Copenhagen, working the beast at Baest and learning from some of the best in the business.

April to the lovely folks at Brue Farm to see where our mozzarella’s made and where we now source the curd for making it in house.

May, a popup outside our future home, Big Bertha’s on order and we’re picking plates, peels and pans.

July, oven’s in, the Bridges & Talbot boys have worked their magic and we’re touching up and tasting.

Feels like we’re only just warming up – let’s see where next year takes us.